Learn more about the GYTD

An initiative of the Global Yoga Therapy Day 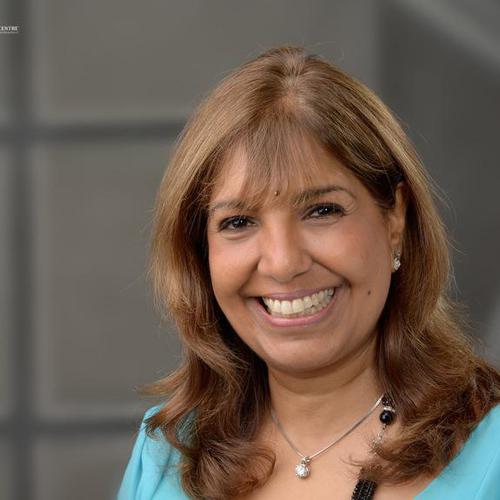 Nalanie Harilela Chellaram is a modern spiritual teacher, a true Soul Doctor dedicated to selfless service. She travels the world to spread a message of wisdom, compassion and love, based on the philosophy of Yoga.

Talks covered by this speaker

Dealing with the loss of a loved one

Have you got yours yet?

Our All-Access Passes are a must if you want to get the most out of this event.

Nalanie was born in 1954 into a distinguished, leading family in Hong Kong, the Harilelas. Nurtured by very spiritual Hindu parents and educated at a Catholic Convent school, she grew up in the presence of a close family friend who, unbeknown at the time, was to have a deep and lasting influence in her life. This frequent visitor and friend was Sri Swami Satchidananda, her Beloved Gurudev. Nalanie attended university in the United States where she read Philosophy, Psychology and Fine Arts. In 1975 she moved to Gibraltar with her husband, Shanky, where for many years they ran a successful fashion business. She continued her study of Philosophy and Psychology while running a very popular dance school and raising their two children. In 1986 Nalanie formally became a disciple of His Holiness Sri Swami Satchidananda and continued her study of the science of yoga under His Holiness' guidance. She has been accredited by the Council of Teachers of the Satchidananda Ashram in Virginia, USA to teach Asanas, Pranayama and Meditation. She is also an accredited Teacher Trainer for Integral Yoga and a therapist under the British School of Yoga. Her popularity as a counsellor has also increased in recent years and she now offers consultations both in Spain and Gibraltar for which she does not charge but rather prefers to work on a donation basis. Nalanie currently serves as Chairwoman of the Integral Yoga Centres in Sotogrande Alto, Spain and Gibraltar where she regularly gives talks (“Satsangs”) on spirituality and ‘the science of the mind’. She frequently leads Hatha and Raj Yoga Teacher Training Courses and is becoming increasingly popular as a speaker both locally and internationally. To date she has accepted invitations to speak in Spain, Portugal, France, Germany, Italy, Sweden, Finland, the UK, USA, Hong Kong and Singapore. Nalanie has a granddaughter who has special needs so in recent times she has become involved with and has lead workshops in Yoga for the Special Needs Child in Spain including a three-day Music & Yoga Workshop in Sotogrande Alto and a five-day workshop in Bourgos. In addition, in 2018 she was invited to speak at the Accessible Yoga Conference in Berlin. She is also the founder of "Service in Satchidananda” (SIS) initiative, a non-profit international collective of charities established in honour of Sri Swami Satchidananda and based on his core teaching of selfless service. (www.sisproject.org) Nalanie is highly regarded as the first of a new generation of spiritual teachers. Her particular upbringing and education have given her a special insight into both Hinduism and Christianity, inspired by her Beloved Gurudev. Her example as a wife, mother, businesswoman and now grandmother, who has devoted her life to God and His service, has been a beacon to her students. She shows that it is not necessary to withdraw from life in order to find the "God within". In March 2008, Nalanie received an award in recognition of her services to humanity from Her Majesty Queen Elizabeth II, which was presented by His Excellency the Governor of Gibraltar, Sir Robert Fulton. In October 2008, Nalanie was also awarded a Humanitarian Award from The Integral Yoga Institute’s Ashram in Yogaville, Virginia, USA.

Want to support the GYTD?

If you'd like to get your brand in front of attendees following the categories this speaker is talking about (on this page, via email and during each talk) contact us.
We use cookies This website (and some of its third-party tools) use cookies. These are important as they allow us to deliver an exceptional experience whilst browsing the site. Learn more about our cookie policy. By closing this banner, scrolling, clicking a link or continuing to browse, you agree to the use of cookies. Accept
I need help
No I need help
No I need help